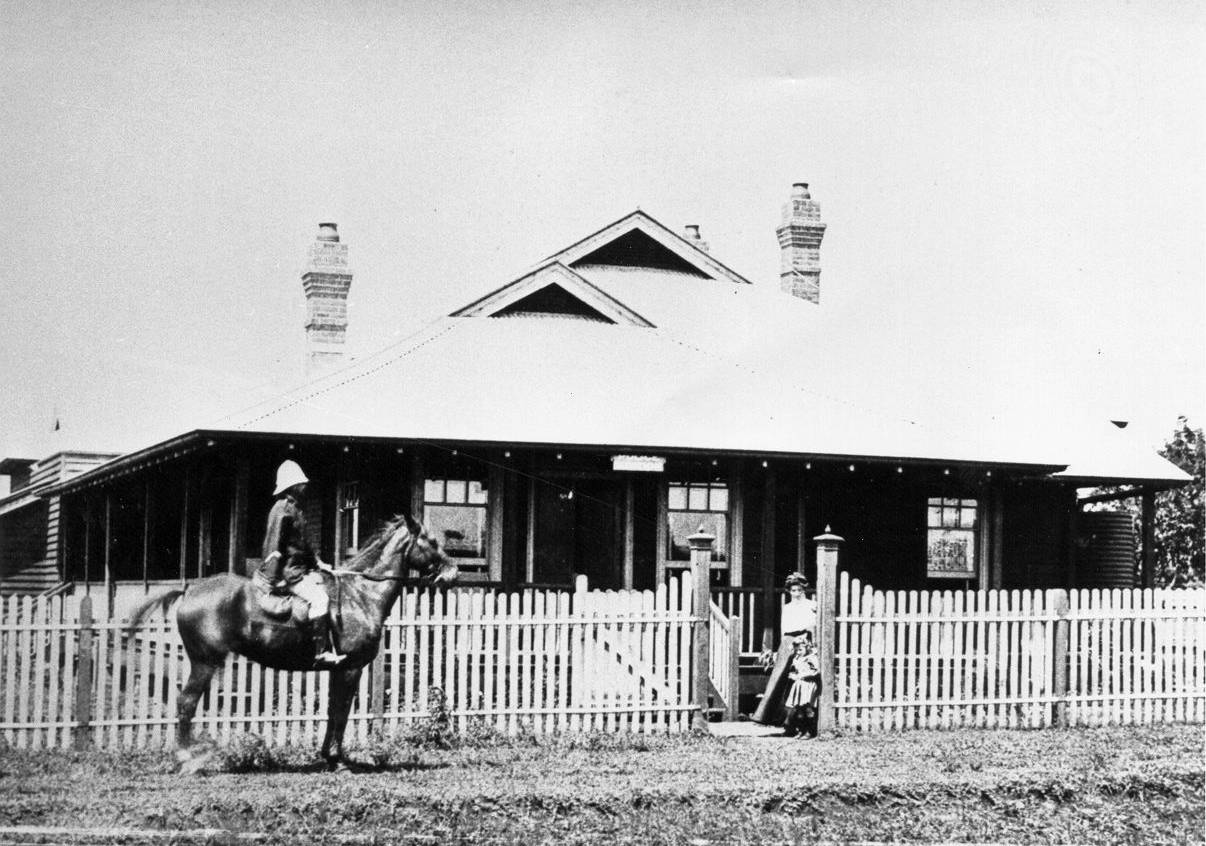 It seems that after the opening of the Federal Hotel 1901 it became common that “disgusting language” and “bouts of fisticuffs” occurred in the Main Street. So the local Progress Association urged their local Member, Mr Perry, to establish a police presence. Their representations were successful and the police station was completed in October 1903. It was not until 1910 that the Courthouse was used. Today the building is still the local police station but the courthouse section of the building has reverted to a police residence and the courtroom is now a residence. You will pass this building on the corner of Main and Perry Street as you drive to Bulwinkel Park.